Some Notes on Hardcore Techno
(by Lisa Vereertbrugghen)

When I talk about hardcore techno I refer to a certain approach to sound and body that focuses on speed and rupture: a minimum speed of 160 beats per minute and an interruption of the flow in both music and dance with staccato elements, pauses, bursts and breaks. Over the last 6 years, while making dance pieces and choreographic installations on hardcore bodypolitics, I have developed a few thoughts and notes, some of which I would like to share with you here. (‘Hardcore Continuum’ is a concept developed by Simon Reynolds and refers to a UK-centric tradition from the nineties, going from breakbeat, jungle, drum n bass, speed garage to grime.¹ I work within his historical trajectory and I expand it to include Belgian and Dutch nineties hardcore and contemporary hardcore techno-music, by which I mean contemporary techno-sounds that continue the same tendencies of speed and rupture.)²​​

When dancing hardcore, I don’t practice hardness. For me ‘going hardcore’ is going towards virtual touch, opening up the body to be moved intensely. It shows how machines—sound machines in this case—are able to make bodies feel more.³ Distorted bass pierces the gut and synths caress the upper skin layers through an interplay of technology and body, a posthuman kinship that is deliberately not productive. Hardcore heightens the ability to affect and be affected; it grinds the body soft. I propose that hardcore techno is therefore softcore, softcore dance, softcore choreography. My hardcore body is not hard and isolated, but sensual and in a constant affective encounter with every other body in space.​
​

I think “audience activation” differs from “audience participation” because it is focused on a physical “shake”, rather then a direct interaction. I use hardcore sound and dance to stimulate and displace the viewers and, perhaps, to enable them to feel they actually have a body that they can use to sense, to move or to be moved (if they want to).​
​

​​​If speed is distance over time (d/t)...
When I dance really fast in one place, is my speed negative?

At 160-200 beats per minute, I have no time for self-expression or self-representation. What is expressed is the beat: I become the beat. “All societies are pyramidal in nature. The higher speed belongs to the upper reaches of society, the slower to the bottom.”⁴ Hardcore is the re-appropriation of speed by any-body, not for the sake of becoming more productive, but for the contrary, for wasting time.

I can’t help but think of camouflage.
Amidst all the movement in this club, I imagine us like motionless geckos on a tree, enjoying the breeze. There is something about environmental pleasure and the urge to merge in clubbing. The idea of camouflage as a desire to blend, rather then a will to survive, is formulated beautifully by Roger Caillois in 1935.⁵ He explains that survival of the fittest cannot be the ultimate goal of mimicry in wildlife, because it can be a dangerous endeavor, for example when plantlike species browse amongst themselves, taking each other for real leaves. The pleasure of temporarily dissolving is ultimately at stake. In the case of clubbing, it’s about becoming-sound.

​​Hardcore techno music embraces the nonhuman, alien and material. Sounds no longer belong to a certain source, but become sonic bullets aimed at the flesh. Breakbeats, samples and machines create sonic collages that are more topologies then Songs.6 There is no figure of meaning, but a distribution of sound as a field, as non-identity. Maybe going hardcore is giving in to a desire of becoming-nonhuman, matter, vibration? These speedy dances no longer refer to anything singular or personal (there is no time for representation), but to vibration itself.

Within club dancing I feel a certain danger in everyone dancing together in the same flow, like some kind of grand machine. For a dance to be hardcore, the individual choice to break— connections to the group, to the music and to the rest of my body—must be as important as the choice to blend. Choosing to stop dancing, or shift gear, is necessary partially because the dance is too intense to keep doing continuously and partially in response to the breaks, interruptions, accelerations and complex rhythms of the music (the latter especially present in Jungle). As a dancer I constantly decide my relationship to the rhythm: one moment I follow, the next I pause, alternately agreeing and disagreeing, aiming towards a dissonant togetherness. These predilections make hardcore for me an embodiment of the wild, in the anarchic sense that Jack Halberstam gives to it: Wildness emerges as the other of fascist principles of order, symmetry and purity. It is the sound that we refer to as cacophony because it reminds us that harmony is arbitrary. To be wild is to be beside oneself and to be internally incoherent.⁷​
​

I worry this text will be read as another ode to clubbing and trance or communal euphoria. I don’t think all hardcore dancing is about completely losing control and arriving in techno Walhalla (if you have a map, let me know!). It is not all about communal ecstasy (though it can be, which is great). Personally I am an introverted, shy, hardcore amateur who is not really good at being relaxed in groups. I dance hardcore, because I consider it a miniature practice in being-without-image, in simply following my body without having the time to “see”, shape or understand it. Yes, most dancing does that in a way, but I consider the speed and fractured-ness of hardcore techno especially useful. By dancing so fast I can’t keep a total overview of my physical integrity. I follow my legs and loose my hands, I loose track of my feet after a while, I move along with a push that arrives from the back of my body to the front, exiting trough my kneecaps. Because the flow is constantly interrupted, I don’t try to keep continuity in my dance or feeling. I allow my dance and all my cells to be incoherent.​

written for the online symposium Music Pours Over The Sense, organised by Magdalena Chowaniec and Veza Fernandez. http://musicpoursoverthesense.net

² Some vocabulary thanks to Wikipedia: Breakbeat is a broad type of electronic music that utilizes breaks for the main rhythm. The breaks are mostly sampled from earlier recordings in funk, jazz and R&B. Breakbeats have been used in hip hop, jungle, drum and bass, big beat, hardcore, and UK garage styles. Jungle and drum and bass are hardcore genres of electronic music that developed in England in the early 1990s and are characterized by fast breakbeats. Gabber originated in Rotterdam as a very fast subgenre of hardcore techno, filled with distorted bass. Hakken (sometimes Hakkûh) is a form of rave dance originating from the Dutch Hardcore and Gabber scene. The dance consists mainly of pushing the knees forwards in an aggressive manner. Jumpstyle is a hardcore dance style similar to hakken, but with higher kicks. Skanking is a form of dancing, focused on the feet and practiced to ska, ska punk, hardcore punk, reggae, drum and bass and other genres. 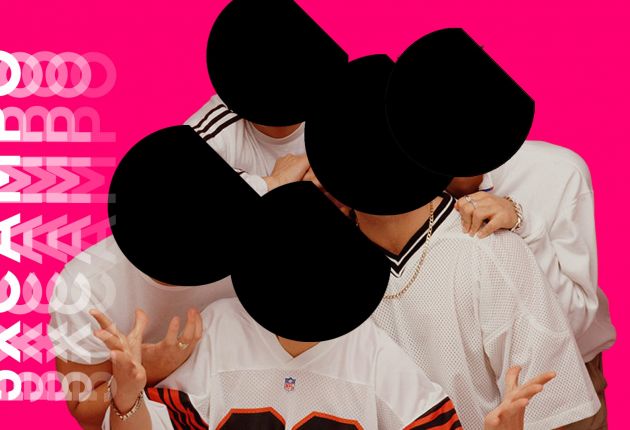