Frankie is Timo Fannoy (°1992), Brecht Hayen (°1991), Simon Lynen (°1990), Vincent Lynen (°1993) and Jef Staut (°1994). They graduated in Photography, Graphic Design and/or Animated Film. On random occasions they ended up in Simon's bedroom to make music together and share their enthusiasm. From these sessions, a special musical universe emerged, collectively composed without any predetermined goal.

The band had its first public performance in March 2017, during the opening of a four-day exhibition curated by Vincent at Gouvernement, a small artistic workshop and cultural platform in Ghent. Simon created a miniature version of the five-piece with puppets, in a wooden box – the band members played behind a curtain while their puppet alter egos entered the stage. Frankie was born. After this successful performance, CAMPO offered them artistic and financial support and facilities to develop their 'system' more intensely.

In March 2019, their first performance Laguna Beach premiered, produced by CAMPO, with the support of De Brakke Grond & deBuren.

This production was shown at CAMPO, Tweetakt Festival (Utrecht), Pop Arts Festival (De Brakke Grond, Amsterdam), Love at First Sight (Antwerp), Kaserne Basel (Basel), Leietheater (Deinze), Spielart (Munich), KAAP (Bruges), CC De Kimpel (Bilzen) and 30CC (Leuven). Laguna Beach was also selected for the Young Work of the Flemish TheaterFestival, and was nominated for the 'Grünschnabel 2020 award' of the Figura Theaterfestival Baden out of 75 international entries. Due to covid-19, unfortunately a large number of performances – including in Montréal, Baden, Brussels and Wiesbaden – were cancelled.

Simon, Vincent and Jef are also active as illustrators: they already worked together with rekto:verso and De Morgen. Their animated films have also been shown at various (inter)national film festivals. 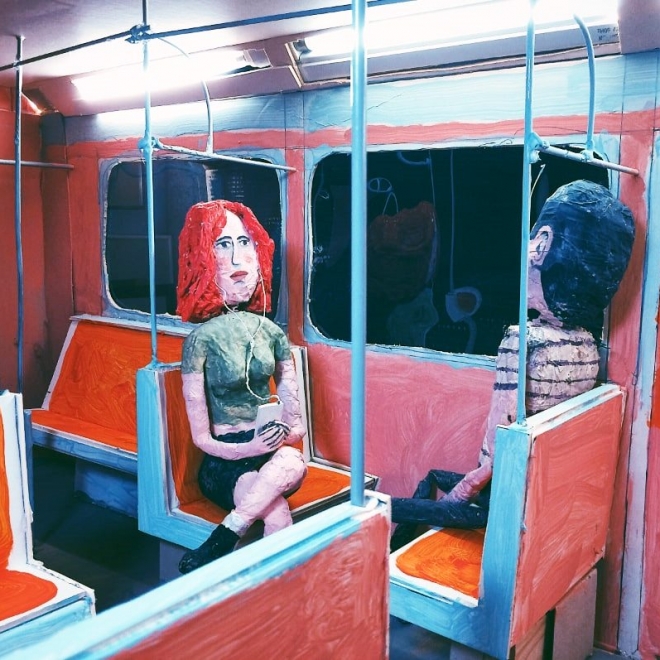