This will take 15 minutes, I will ask you to listen, and then I will leave again.

This is how Sarah Vanhee started her guerrilla performance Lecture For Every One over the past seven years. Since 2013, 16 performers spread Lecture For Every One throughout Europe. They intervened in more than 300 different gatherings, from a corporate sales meeting to a brass-band rehearsal and a municipal council. As uninvited guests, they addressed every one with exactly the same text.

Seven years later, the torch is passed on to ten Brussels teenagers, who wrote their 2020 version of the text, and because of the corona crisis, could not turn it into a performance, but made a film, in association with Kunstenfestivaldesarts.

And there is also a book. Because the project remained largely invisible to the general public, this book now sheds light on the expertise and insights that Lecture For Every One has generated: feedback, stories and memories from a range of perspectives. It reflects on how places where people gather can become political instances, on the (im)possibility of addressing every one, and on the value of fiction in our daily lives.

Sarah Vanhee is an artist, performer and writer. Her interdisciplinary work moves between the civilian space and the institutional arts sector, and is best known for its radical gestures and its engagement with non-dominant voices and narratives. Since 2007 she has created several onstage per­formances, (semi-)public interventions and site-specific works that have been widely presented internationally. 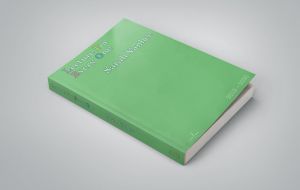 Lecture For Every One-20 from Kunstenfestivaldesarts on Vimeo.