Almost ten years after the dialogue that started it all for Hof van Eede (now DE HOE) –Where the world is going, that's where we are going – DE HOE brings another dialogue played by Ans Van den Eede and Greg Timmermans. In those ten years, the world did go somewhere, and the late twenties have now become late thirties, almost forties.

Vechtstuk begins immediately with a bang – a clattering argument between a man and a woman, a couple. The recriminations fly around, over banal details and irreconcilable breaking points, over the great and the small, desperate and furious. Until the last harsh word has been said and the warring parties have run out of ammunition.

Then the play really begins. Because how do you get back on speaking terms after the unspeakable has been said? Can something of humanity germinate on the scorched earth? Or love? Underneath is a political question: how can people who verbally abused each other get back on speaking terms? How do you pick up the shards without cutting yourself? Because it remains exciting: a smouldering peat fire can flare up again at the slightest gust of wind.

zoom vechtstuk.mov from CAMPO on Vimeo.

Vechtstuk is perfectly balanced in its relationship between the private, the political and the philosophical. (...) The way a banal situation (a water leak) turns into an ever-expanding metaphor about the state of their relationship is masterful.

Together with Wannes Gyselinck, Van den Eede composed a text whose sentences are as boned as those of Gerardjan Rijnders, the Dutch king of minimalist theatre dialogue.

Vechtstuk cleverly, sensitively and wittily captures a modern (middle-class) relationship in all its facets and nuances.

Vechtstuk starts as a wry screwball comedy, continues as an account of relationship problems and depression and ends on a bittersweet reconciliation. A lot of turns in one play that culminates in an indictment of the social conditions that attack life and love.

Vechtstuk shows how hilarious couples can be when they argue. How despite it all, the harsh words that sometimes fall, a form of love for each other continues to shine through. Strong text. Strong “fighting piece 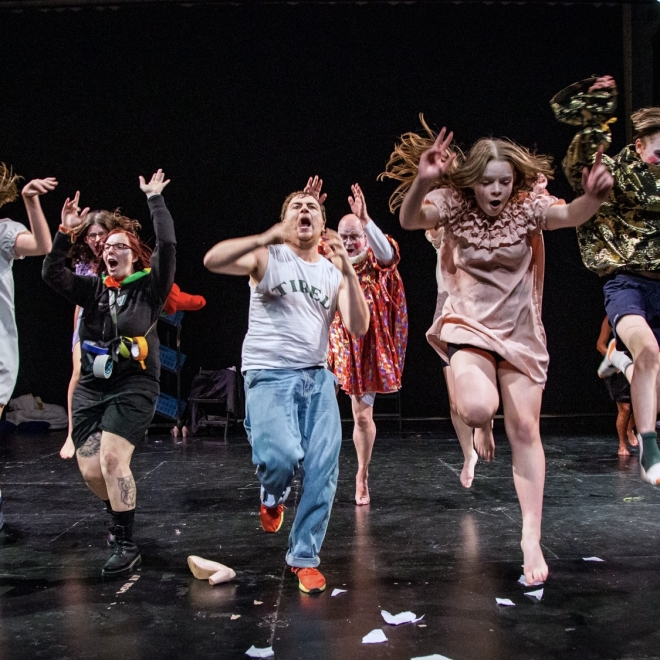