After obtaining a Master’s degree in Social Work, Sarah Vandeursen (°1983) started her career on stage in 2010 with a self-made live radio show performance, called Radio Vandeursssen - radio for gifted people. The performance was shown on TAZ not much later, and later continued as a "real" radio show on Urgent.fm.

With her band Kenji Minogue, Sarah Vandeursen has been focusing on random, absurd lyrics and the visual aspect of video clips, emphasizing more the performance than the music. Since 2012 she is also part of the absurd collective Cirq. After a participation in a tv-game show (The Smartest Human in the World) she left with a contract at television production house Woestijnvis, where she collaborated on Achter de Rug, (Geubels and) De Idioten and now still De Ideale Wereld. As an actress, she will soon be featured in Callboys 2 and Undercover 2.

After participating in CAMPO’s Sound of C, Sarah felt the urge again to create a performance for the stage. With Hoger Lager she will put together a live radio show with Pol Heyvaert and Showbizz Bart. Sarah is also supported by CAMPO in her research in preparation for a new show. For this she will conduct research into the limits of a true boredom. 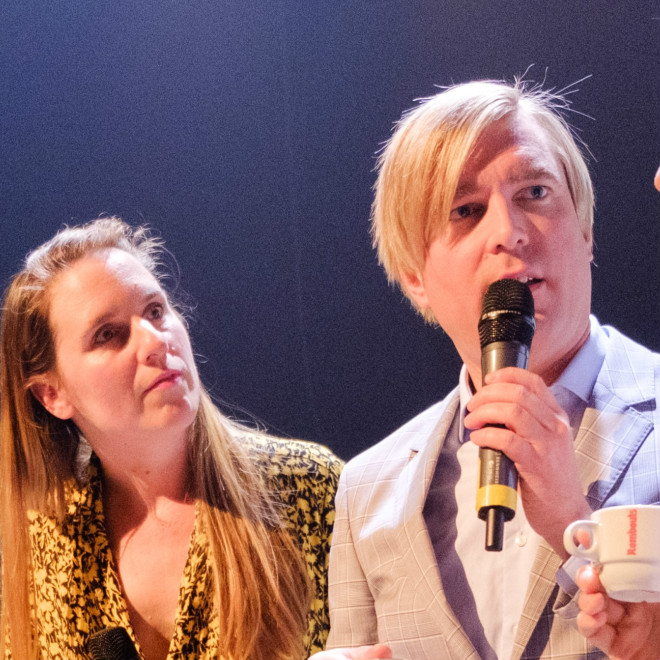