DE HOE is an intergenerational, interurban theatre play and workshop with a home base in Antwerp and Ghent.

DE HOE is a fusion - or rather a joint forging - of the former Compagnie de KOE and Hof van Eede, two related leading collectives. Every year and a half, the permanent core of DE HOE is supplemented by a young collective.

DE HOE makes and stages performances / builds up a working group on writing, text and dramaturgy in cooperation with CAMPO at the BOMA site in Ghent / supports another young collective every year and a half / curates and digitises a repertoire of more than 80 plays.

DE HOE understands theatre production as making material public, and the discussion of that material, in various forms and stages: this can therefore be a performance, but also the public reading and discussion of scenes where the ink is still wet, deleted scenes that we offer digitally, streamed 'scripted podcasts'. A production by DE HOE is thus a constellation of different kinds of material, rather than 'the performance'.

THE HOW is The Independent Ensemble. 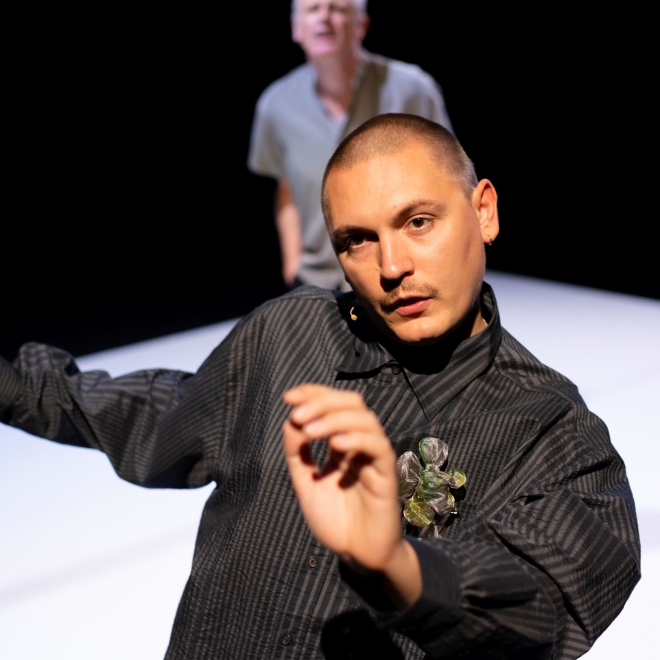