Silke Huysmans & Hannes Dereere received  the ZKB Patronage Prize of the Zürcher Theater Spektakel 2018 for their performance Mining Stories, earlier on show at CAMPO. These days, Silke and Hannes are working on their first CAMPO production. Pleasant Island, a performance about the island Nauru, will premiere in Februari 2019.

The ZKB Patronage Prize is awarded annually to an artist or a company working in independent theatre, dance theatre or performance art, who have distinguished themselves and shown innovation in the creation of new work. The aim of this prize is to support the chosen recipient in their future projects. The criteria for candidates is that the significant work for which the award is actually given has had its premiere within the past three years.

The festival board nominates five to seven productions from the festival’s current programme. Precedence is given to artists who the board feel have yet to receive a level of public recognition that is commensurate with their achievements. Former winners of the prize are excluded from nomination. 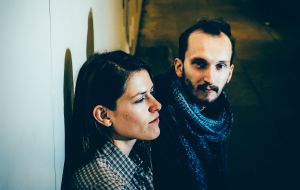