Theatre, Dance & Performance from Flanders and the Netherlands
Frankfurt Bookfair Guest of Honor 2016

Together with this year’s guests of honour, Künstlerhaus Mousonturm celebrates the Tolle Künste from Flanders and the Netherlands for an entire eight weeks. The best known of the local literature, dance, theatre and performance scene present their neuest work – in alliance with top supporting acts or in one-of-a-kind special programms.

CAMPO sets up camp from October 15 'till 19, with some double bills: Robbert&Frank Frank&Robbert (TO BREAK – The Window of Opportunity + GO AWAY SORROW OF THE WORLD) & Louis Vanhaverbeke (MULTIVERSE), Benny Claessens (Hello useless – for W and friends) & Pieter Ampe (So you can feel + Still Standing You) & Sarah Vanhee (Oblivion ).

All events of the project series „Tolle Künste“ are contributions to the official programme for Guest of Honour Flanders & The Netherlands at the Frankfurt Book Fair 2016. Funded by Dutch Performing Arts and the Flemish Authorities. 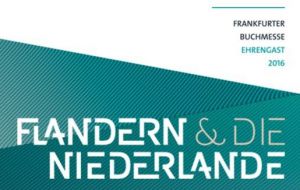