All Inclusive is set in an art world, there is a museum on stage. In that sense, it questioning the world that we – you and me, as artists and cultural workers – operate in. There are so many careers of artists that are built on the exploitation of the pain of others, by focusing on documentary material. Milo Rau for example, and many other people who work with material like warfare, pain, rape, all these heavy subjects that are part of reality. But who owns these stories? Who should profit from them? Who has the right to talk about these issues? All Inclusive reflects – with a wink, because it’s self-critical as well – on the mechanisms of the art market. It’s not that we make fun of it, as we are part of it, but we try to produce a consistent and serious exhibition on stage, and at the same time we try to reveal and unpack the mechanisms that operate in the background of the so-called politically engaged art. 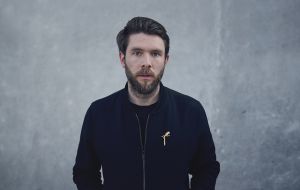